Waukesha, WI – July 2016, Wildeck, Inc. – Material handling equipment and safety products manufacturer, Wildeck, Inc., continues to celebrate its 40th anniversary during 2016 with an achievement that elevates the company to the national stage. According to Wildeck President, Greg Larson, “We are extremely proud that Wildeck, along with our premier material handling equipment dealer, Morrison Company in Willoughby, Ohio, were selected to provide six industrial steel mezzanine structures to elevate television cameras, equipment, and personnel from CNN, NBC, and other media to broadcast the 2016 Republican National Convention at the Quicken Loans Arena in Cleveland.”

According to Morrison Company president, Jim Green, “Wildeck mezzanine structures are specifically designed to rigidly support maximum specified loads, which will be essential as network TV cameras send out high definition signals to millions of viewers around the world during the convention. We specified Wildeck mezzanines for this critical application because we know how well they perform.”

Three 30 ft. x 20 ft. bolt-together Beam and C-section Wildeck mezzanine structures with stairs that can be attached to any corner for maximum access flexibility were previously used at a Republican convention in Anaheim, Calif., last September. The three bolt-together structures were disassembled, shipped to Cleveland, and reassembled there. Three additional mezzanine structures of various sizes were also ordered and installed at the Quicken Loans Arena to expand the area available for maximum media coverage during the four-day event.

Working around an extremely tight schedule, Morrison Company could not have the platforms on-site at the Arena until the day after the NBA Championship game where the Cleveland Cavaliers won the National Basketball Association title. Building the mezzanine structures under such tight time constraints was a testament to the cooperation and good relationships developed between The Freeman Company setup crew at the Arena and Morrison’s skilled staff of Installers under the direction of Morrison’s Account Manager, Eric Dodson. They remained on-call to assist in observing, reading blueprint drawings, and making helpful suggestions at the installation site. “It all came together,” stated Green. “We kept our word by not only providing six solid mezzanine structures from Wildeck, but by committing to and meeting our promise to be ready at all hours of the day to ensure a successful setup for the Republican National Convention.”

According to Hubert Schlegel – Director of Marketing for Wildeck, “Through the efforts of Wildeck’s premier dealers like Morrison Company, and our dedicated team of Employee Owners, Wildeck remains committed to helping customers’ projects run smoothly while making their operations safer, more efficient, and more profitable. It’s what we do!” 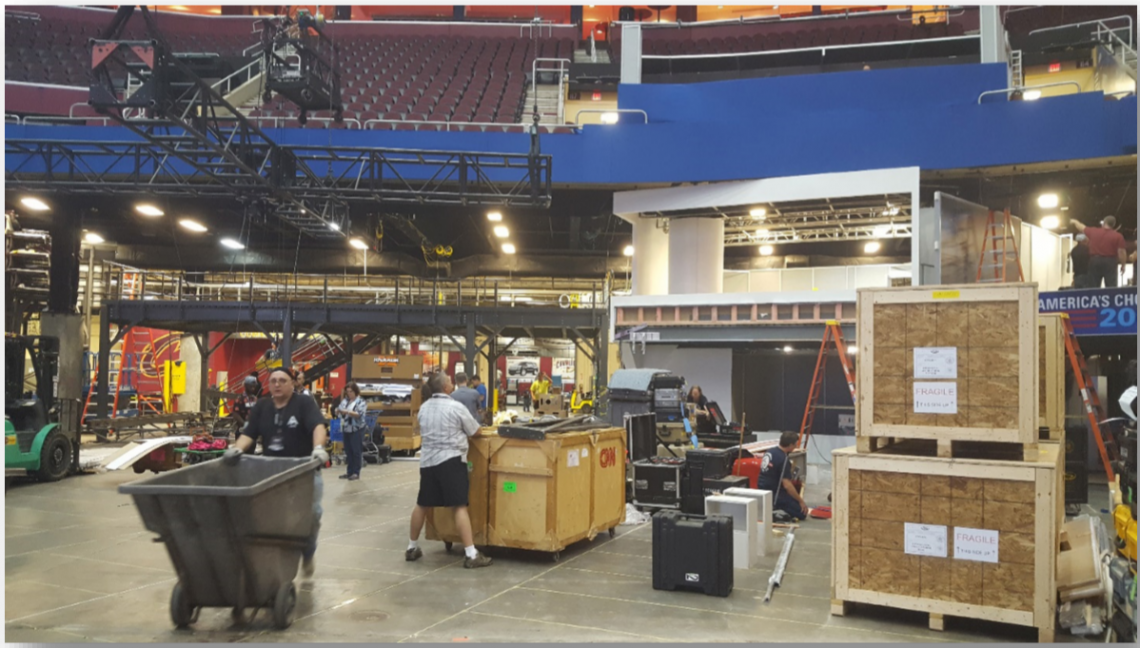 Wildeck’s high-quality steel mezzanine structures and stair systems provide a solid platform for media coverage at the Republican National Convention. The Freeman Company and Wildeck dealer, Morrison Company, worked together to ensure a successful set up at the Quicken Loans Arena in Cleveland. 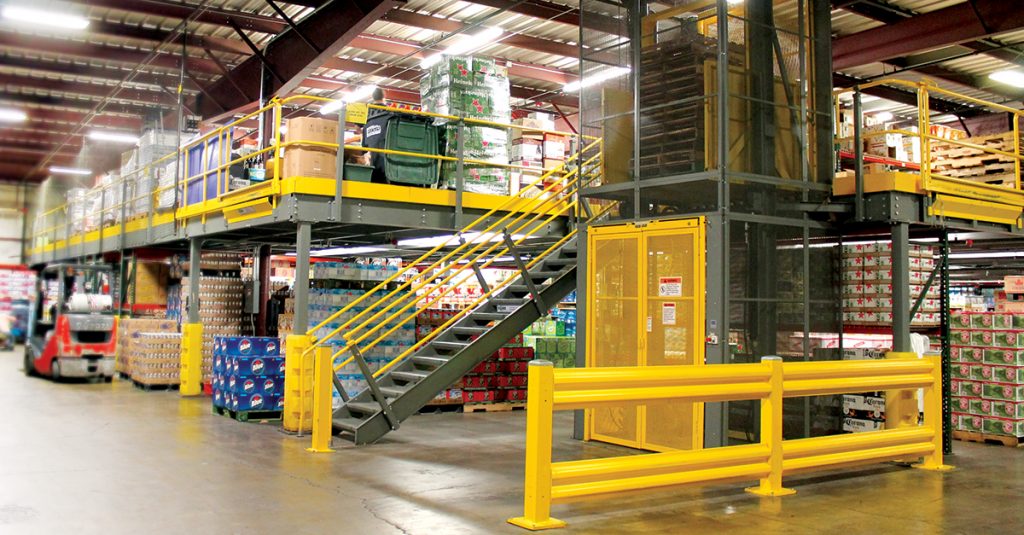